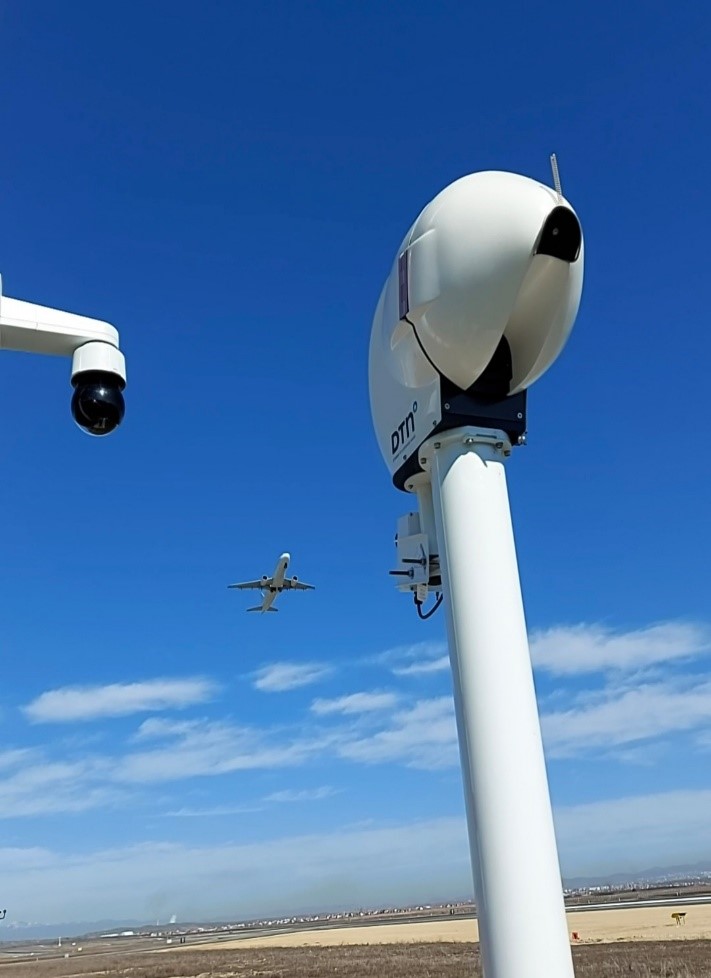 An integral part of the Automatic Weather Monitoring System – New AWOS that has been installed by the American company – DTN and will play big and important role in setting up the category of providing meteorological aeronautical services is also the ‘Revolver’ Transmissometer, sensor for measuring Runway Visual Range, the values of which serve the pilot to make the final decision on landing or take-off.

The ‘Revolver’ is installed on a 2.5-meter masts and it consists by the transmitter and receiver of the signal. Transmissometers at our airport are located on the runway threshold 17 and runway 35, while the mid-runway position (MID) is covered by the sensor for measuring visibility and current weather – VPF-750.

The Revolvers, calculate visibility by measuring the strength of a beam of light. The beam is reduced by fog, haze, smoke, precipitations and other similar phenomena. When the beam strength is reduced, the visibility is reduced.

The accuracy of Transmissometer according to ICAO (International Civil Aviation Organization) and WMO (World Meteorological Organization) specifications is in the limits: ± 10m to 400m, ± 25m between 400m and 800m and ± 10% above 800m.

The Background Luminance Sensor – BGL is part of the RVR system and provides the light intensity as an important parameter for calculation as much as possible the real-time visibility.

Revolver’s on RWY17 and RWY35, sensor for measuring visibility and current weather (MID) and BGL, are part of the Automatic Weather Observing System – New AWOS that has been installed by the American company – DTN

In the future, considering especially in winter, fog and low visibility conditions, flights from civil and commercial aviation as well as those by the forces of KFOR, NATO and KSF operated on time in relation to the weather conditions, thanks to the investment in adequate equipment by the Government of the Republic of Kosovo. 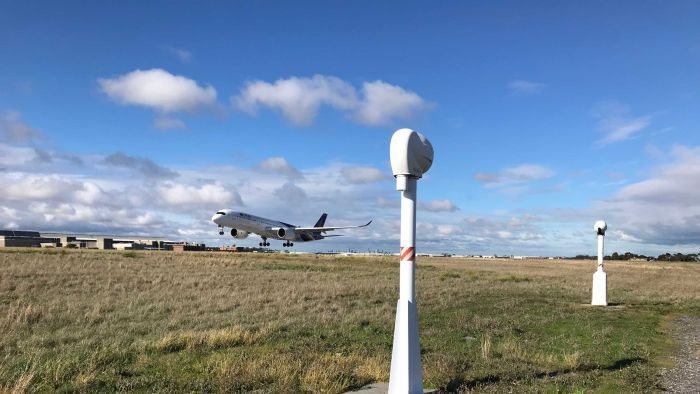 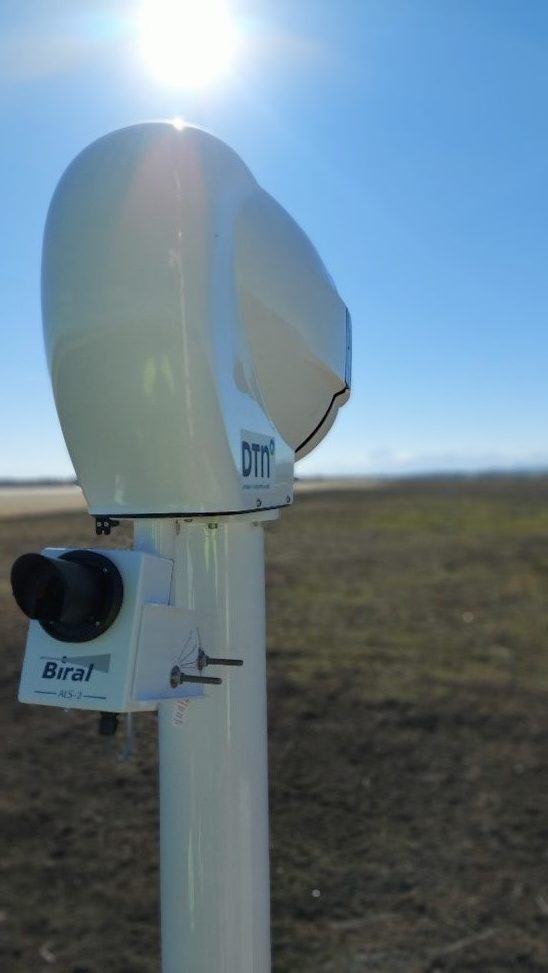 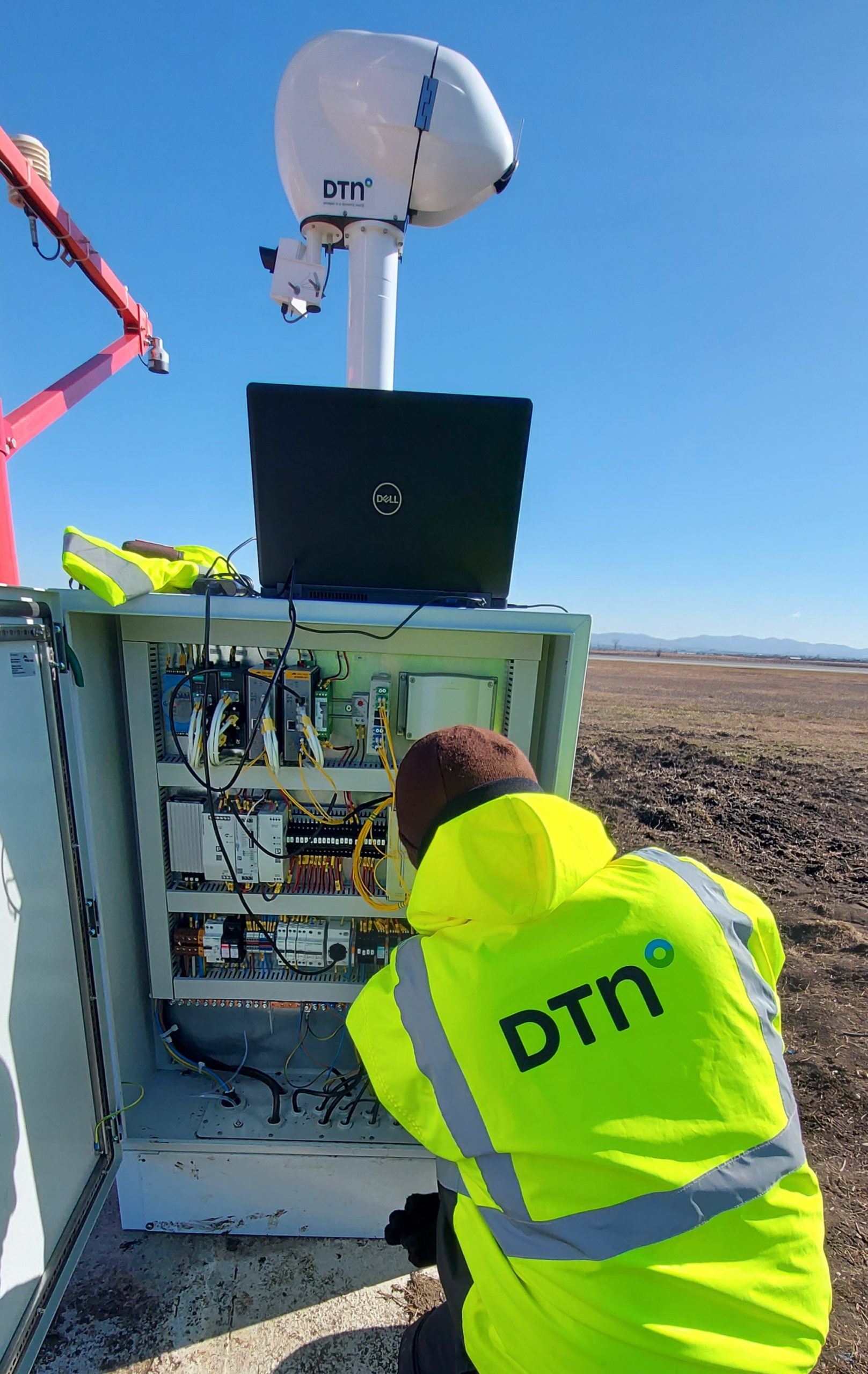